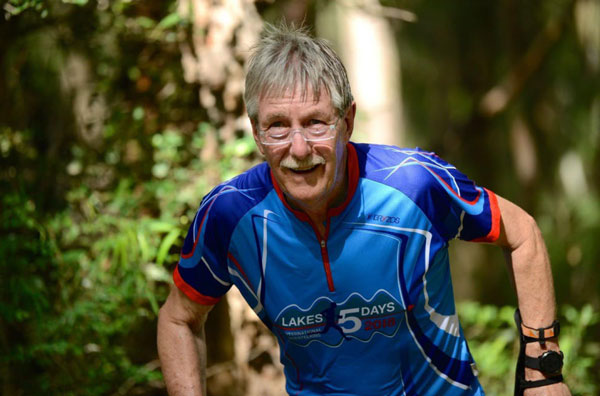 The IOF have confirmed that Paul Prudhoe from NSW will be the Senior Event Adviser for the 2023 Oceania Championships. As SEA Prudhoe will focus on the elite classes but will also take on the role of national controller for all other classes.

Orienteering Tasmania hosted the Oceania Championships along with a World Cup event in January 2015. The technical terrain of Tasmania’s east coast is world class and there are two new areas to be used in the upcoming carnival.

Paul started orienteering at the age of 17 while still at grammar school in the NW of England in 1971. His first major event involvement was in 1977 organising a (UK) badge event, which attracted around 700 (enter on the day) competitors in the SE of England. Subsequently he was also involved in the organisation of the 1983 British Champs.

After migrating to Australia in 1987, he initially joined Garingal Orienteers before becoming a member of the original Mountain Devils, and in the early 90's joined Central Coast Orienteers.

Paul became a level 3 controller in the early 90's, and in the mid 90's became an accredited IOF event adviser.

He was involved in the organisation of the '93 Australian Champs, and since the late 90's has organised, planned or controlled NSW State League, NSW Champs and QBIII events on behalf of Central Coast Orienteers and ONSW.

In early 2006 Paul became heavily involved in the 2007 Junior World Champs in Dubbo as Marketing Director, and also provided on-the-day support to the event. In 2009 he was the controller for the first qualification race at the 2009 World Masters Orienteering Champs in NSW.

Paul has acted as an IOF event adviser for World Ranking Events in 2011 and at Easter in 2014 and was the OA National Controller and Event Adviser for the non-elite races at the 2015 Oceania Championships in Tasmania in Jan 2015.

Since then Paul has continued to contribute to orienteering in Australia by controlling or setting State League events in NSW, and was most recently a controller for Day 1 of Easter 2021, and for the 2021 NSW Long Champs.

In addition to setting or controlling events, Paul has been significantly involved in the administration of orienteering in NSW and nationally, initially becoming an ONSW Board member in around 2005, later becoming ONSW President in 2008 until 2014. He then became ONSW’S first Executive Officer in mid-2014 until 2019. In 2017 he was appointed to the role of the Orienteering Australia Executive Officer until retiring at the 2021 OA AGM.

Now an M65, Paul still competes nationally and internationally, and since 2009 has competed annually in many events overseas, including ORingen, WMOC (Hungary, Denmark and Italy), public events at WOC, the Scottish, Lakes and French multi-day events and other major multi-day events in the UK, Europe and New Zealand.